Ravenfrost is a one man band hailing from Germany.  Ravenfrost is a combination of extreme styles entangled into one.  From, black, depressive, progressive, doom to even experimental are some of the musical capabilities of Ravenfrost.  Here I interview the mastermind behind it all, K.  I ask questions about past albums, the future, his take on the DSBM realm and more.  Enjoy! 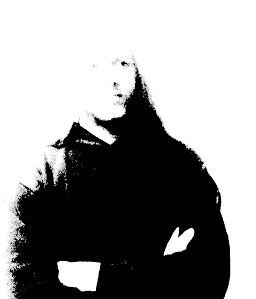 1.  Ravenfrost was born on the winter of 2006.  How did that come about and what was the reaction of the first demo Ein Streifzug Am Abgrund Der Seele?

K:"I was just discovering Black Metal and especially Depressive Black Metal at that time. Until then I was mostly listening to Death Metal. When I first realized that it was possible to create a One-Man-Project, I was obsessed with the idea. So I tried and tried and finally bought a Toneport and some software a started recording. Most of the songs from 2006 to 2009 did not make it to the first demo. But I’m still proud of this release although some songs sound a little bit raw and the composition could have been better. The reaction was pretty good and it was shared around the internet. I still have some physical copies of it which I made myself."

2.  As you stated the music of Ravenfrost went from a depressive vibe to a more complex musical composition, what was the reason for that?

K:"It took me a really long time to figure out what my music should sound like. I’m still experimenting a lot and have done anything from “classical” Black Metal to electronic/industrial stuff. The problem with Depressive Black Metal is, that – let’s be honest – there is a lot of crap out there. Some bands/projects fill ten albums with nothing else then bad riffs, noise and whining. I did not want Ravenfrost to become like millions of other bands who all sound the same. I really hope that I achieved that."

3.  With no disrespect to all the albums you put out, which was the one you were most proud of?

K:“Agonies Of The Past” was the best one so far. But I still like all of them. The next album will probably sound completely different again. I think I’ll also try to pick out my favorite songs for a “best of”, celebrating the 10th anniversary of Ravenfrost in 2016."

4.  Creating music as a solo musician must be tough and stressful.  How does one cope with this?  I'm sure it helps you grow within.

K:"It is stressful but it gives you lots of possibilities. The problem is not to create everything by yourself but to have no one to share the ideas with. In a band you are always limited because you have to deal with other people and they will try to bring their own style into the music. That can limit your own ideas, but it can also be very helpful. Other people can help you to improve your own ideas and bring them to their full potential. In a one-man-project you always have to be your own critic and question yourself."

5.  Agonies of the Past was the last album you put out.  A favorite of mine, how well was the criticism?  Good, bad, a bit of the two?

K:"It was actually pretty good. I think there was only one review which was really bad. But I guess there are always people who don’t like my music and that’s okay. I stopped sending demos to bigger magazines and sites because they always end up whining about the sound. I know that I don’t record in perfect studio quality and I don’t want to."

6.  What bands would you say influenced you in your music creation, if any?

K:"There are a lot of bands who influenced my music and still do. I don’t remember all of them. But there are some albums and songs that I listen to again and again. Mostly Leviathan, Inquisition, Urfaust, Marduk. I absolutely love bands which create a unique sound by blending genres and different styles, like Netra or Sun Of The Sleepless."

7.  You released a track, Wastelands, not too long ago for the next chapter in your music?  Are we expected a release of some sort soon?  Still in the early stages perhaps?

K:"That song was really different from what I did before. I released it to see how people react to it. I think it will remain a single because the album will sound a little bit heavier and darker. But I still like the mixture of black metal and electro/noise and the distorted vocals. So…it could be seen as a teaser for the new album. But I have no idea when I will be able to finish it."

8.  What was the inspiration to making a video for the track, To Envy the Nameless Dead?  Was that a one time thing or do you think you'll feature another video(s) sometime in the future?

K:"I really wanted to make a video since I started with Ravenfrost. I had some ideas and the song seemed perfect to combine it with some of the scenes that I imagined. All I had was a mobile phone to record myself and a friend of mine who did the editing and cutting. Therefore it was very lo-fi and simple but I still like to watch and it was a success. I will definitely do another video if I have the time and a song that fits."

9.  If I'm not mistaken, there was a one time when Ravenfrost was going to be a full band but then you opted to not go in that direction.  Care to comment on that?

K:"There was a time when I wanted to make Ravenfrost a “real” band with a full line-up in order to play gigs and everything. But even before that I wanted a real drummer to record the drums for “Agonies Of The Past”. He did only one song and I never heard from him again. That reminded me of the reason why I started a one-man-project: You don’t have to deal with other peoples bullshit. I think I learned my lesson and I will not try to bring any other people into Ravenfrost."

10. DSBM can be interpreted in many ways for many people.  I like the message you say about the music being a way to cope with the emotions and that you don't glorify self harm and such.  My opinion about it is that DSBM is a way of the mind and nothing really physical like self inflicted violence and such.  Do you agree or disagree?  Care to share your thoughts?

K:"I think you explained it really good and I can agree. I don’t like bands who take things to far by posting pictures or videos of themselves taking drugs or cutting their arms and stuff. I don’t want to see stuff like that and it does not add any credibility to the music. I think most of that stuff is fake anyway. Music should be a way to get rid of your negative feelings and free yourself from pain and anger. At least that is what it does for me."

11. Do you have any other or plan to start a new side project beyond Ravenfrost?

K:"I don’t have a lot of free time. But I also do bass and vocals in a black metal band with two friends of mine. It’s a different style and nothing like Ravenfrost. It’s mostly fast black metal with lots of blasts and tremolo picking. We are recording an album at the moment and I will share it on the Ravenfrost website when it’s done."

K:"Thanks a lot for the opportunity to provide an interview and sorry it took so long to get it done. I had to deal with some serious issues concerning my job. I just hope I can turn those negative experiences into some ugly nasty songs. Thanks to everyone who supports Ravenfrost it is really appreciated!"

Email ThisBlogThis!Share to TwitterShare to FacebookShare to Pinterest
Labels: Ravenfrost