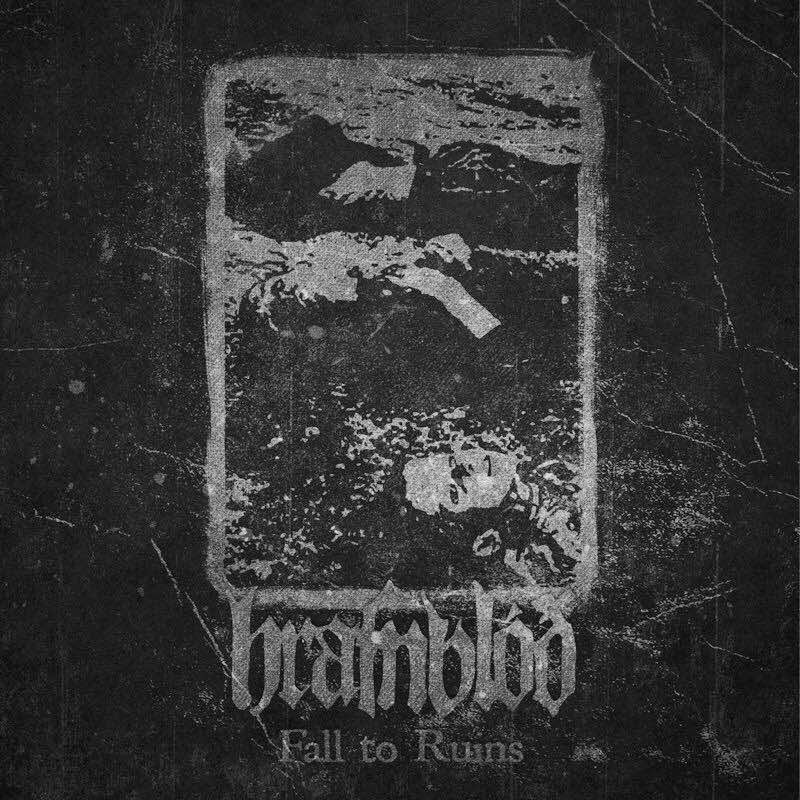 After two long years with the release of Geosceaftgast, Hrafnblóð finally bestows on us a new full length album. Geosceaftgast was a good debut album as I favored it somewhat but it wasn't to this new album, Fall to Ruins, that the band has my full attention.  Since Geosceaftgast the band has surely progressed in a good way bringing many more elements and have created music to have you coming back for more.  Two years was indeed worth the wait in my opinion.

Crunching guitar melodies, ambient soundscapes, spoken passages, acoustic passages, are just some of the few factors that this band bring  forth to their already established  atmospheric black metal sound. Tracks such as Ieldran and Holodomor are perfect examples. wow.   The music goes beyond and the raw sound goes co and co with the music in perfect production. Oh and the lyrical concept, don't the track titles just intrigue you with their mystery in the world and what not.  The lyrical concept of this band has always stood out for me and one of the reasons, I could not pass with wondrous album.

As I have stated the musicianship on this album is stellar.  They have upped their game in a massive way.  Lots of tracks are memorable and include a lot of new elements that have you glued to the sound.  Yes, the music is destructive, aggressive but at the same time it is beautiful and calming.  Really enjoy with what the band has brought forth. Hrafnblóð are set to release the new album via Winterblast Halls this April.  Fans of atmospheric black metal or even pagan metal, check this album out.  If you liked the previous album, you will adore this one a bit more.

Email ThisBlogThis!Share to TwitterShare to FacebookShare to Pinterest
Labels: Hrafnblóð