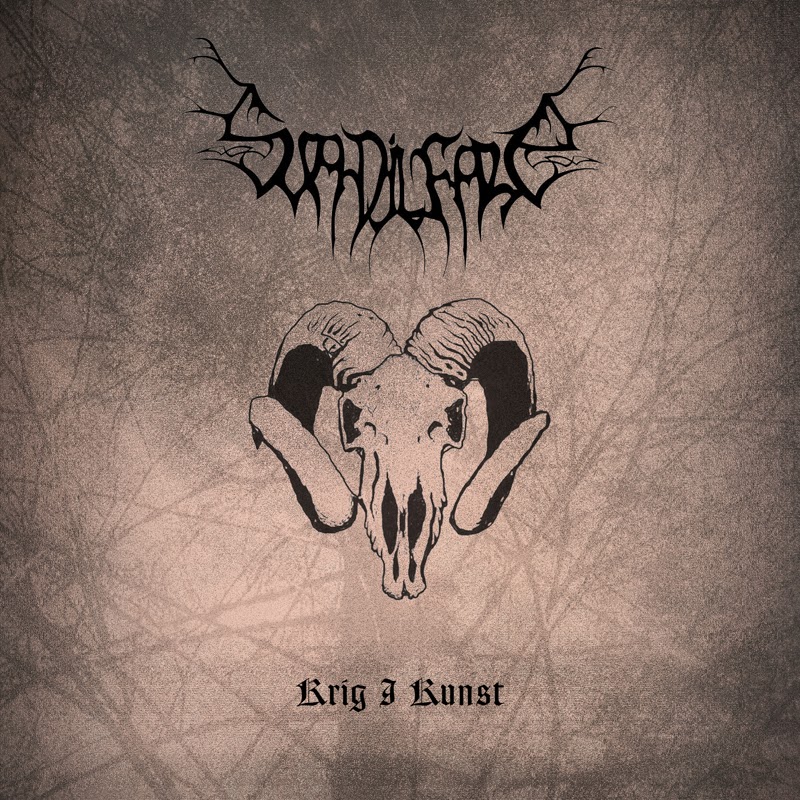 Krig I Kunst is the third album of solo musician Ildsint.  For those unfamiliar with Svadilfare, the band is a one man black metal band hailing from Norway.  While the style of the band is mostly at a utmost and powerful black metal creation, it does include a nice dose of melancholic and depressive touches. Ildsint creates his music in equal balance unleashing aggressive riffs and speed but also unleashes some mellow moments, however, not too mellow.  It's hard to believe that is wonderful album came from the mind of one person with such talented gift in writing and composing this destructive force.

While the album is a bit long it does follow through nicely and there are those tracks that stand out with its powerful sound.  The vox provided by Ildsint carry on nicely with the music varying from blackened screams, aggressive grunts, and some clean viking-esqu sounds.  At times the vox will have you in awe with the destruction of the music.  The music itself is highly listenable.  There are an abundance of beautiful and melancholic atmospheric elements within the black metal sound created by the band.  This is not your typical and generic black metal sound type.  The music goes far and beyond that.  Some tracks are just mesmerizing with unexpected surprises and some of the riffs will just melt your blackened heart. The music itself is very mature in my opinion.   This is a good quality of black metal art. Listening to this, one will be interested in listening to the bands back catalogue to see how far the band has changed if any.  I know I do.

Give or take, Krig I Kunst does require more than one listen to fully grasp the majestic and intense sound produced by the band.  There are some tracks that will you favor and I am sure there will be some that won't but for the most part, it is really is a good record.  Fans of black metal, take not at this calling.  You will surely not be disappointed.  The opening track should grasp you instantly. Just wow,  Listen to the album yourself with an open mind and be amazed. Recommended.

Email ThisBlogThis!Share to TwitterShare to FacebookShare to Pinterest
Labels: Svadilfare