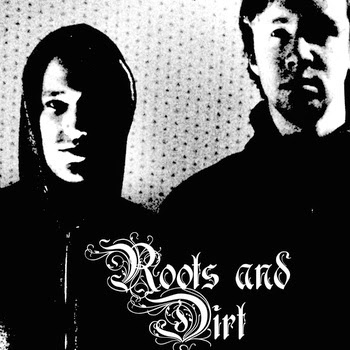 Not much is known about this band except they hail from Chicago, Illinois, USA.  The self titled EP was released late January 2015.  Roots and Dirt play in the old school style of depressive black metal. There is no messing around here, no post stuff, no experimental stuff, just good ol traditional depressive black metal.  While the band really brings nothing new to the front, they still do a good job of managing the ear of the listener with melancholic repetitive riffs and a good mid tempo beat.  The blackened vox twist around the sorrow melodies in a perfect fashion and don't really annoy the music.  Some bands just try to hard with the vox but Roots and Dirt have a perfect balance of vox and music. Tracks I and II both flow nicely with an ever flow of woeful bliss in a mid tempo beat. These are some pretty good tracks in my opinion.  The band pulls them off nicely. II is a favorite.  III is pretty much a mellow acoustic piece with some interesting strums and some little atmosphere to accompany it. Not bad at all.

Roots and Dirt surely have started out in a nice way with this self titled EP.  Three tracks in just under fifteen minutes. In the future, while no disrespect, I hope they can do just a bit more.  They do have a good head start though.  They show promise for the future especially for a U.S. depressive black metal band.  To the future Roots and Dirt, let hope you can pull it off! Free download on the bandcamp page for fans interested.

Email ThisBlogThis!Share to TwitterShare to FacebookShare to Pinterest
Labels: Roots and Dirt