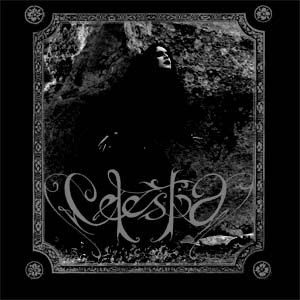 Celestia is a french ethereal romantic black metal band consisting of mainman Noktu of Mortifera. From what others have told me Celestia is one of the top French underground bands to this day. Apparently the band has a lot of splits and demos. Where have I been? Frigidiis Apotheosia is officially the highly anticipated second album of Celestia. Noktu has also brought in Malefic of Xasthur to do some keys for the album this time around. However Noktu himself is the expert musician of this album. Sorrowful, eerie, yet cold, romantic black metal riffs and acoustic strums of Noktu make this album superb. His vocals are very raspy and hateful but it is also what makes this album what it is. Also the production is good and not too lo-fi like what seems most of this genre are doing these days.

In conclusion, there are really no words to describe this album but beautiful, depressive, haunting, gothic, and romantic. You will not find female vocals or highly usage of keys. The guitar itself is what gives this album the atmosphere. This is really unlike any band that I have ever heard before. I am glad to have listened to it. This is one band that makes me feel honored to listen to the black metal genre.

Email ThisBlogThis!Share to TwitterShare to FacebookShare to Pinterest
Labels: Celestia