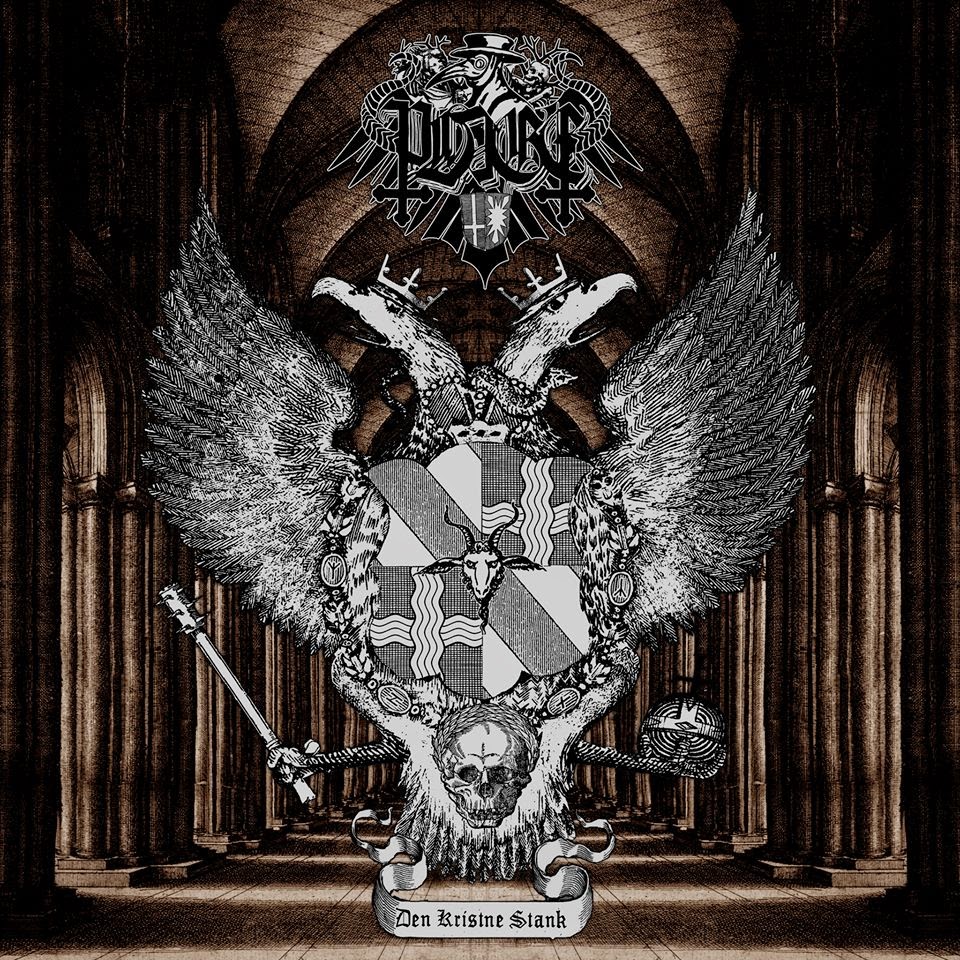 Get ready!  The horde of Plage are amongst us.  Hailing from Northern Germany and Denmark this archaic black metal band have finally debuted a killer album in Den Kristne Stank.  After the success of their demo in 2013, they continue to impress the masses.  Den Kristne Stank is no exception to the already highly aggressive sound produced. Their sound of traditional black metal is of good caliber and there plenty of aggressive and some what groovy-esque and memorable melodies to capture one's dark soul.  At times one can be remembered of the early years of Immortal on the sound of Plage.  They do however carry on their own brutal melodic ingredients to the fix.  Blast beats, aggression, hate, is what this band runs on. A wrath of fury to one's ear that will cause bleeding at a high volume. Although at times, it can get a bit dull throughout the album, the band quickly makes a come back and it's those killer melodies of destruction that keeps one interested as they're plenty to keep one interested in the music. Fans of old school black metal, this is your calling.  Very well produced and executed.  Be prepared for the storm as the Plage embraces us with their talent.

Email ThisBlogThis!Share to TwitterShare to FacebookShare to Pinterest
Labels: Plage