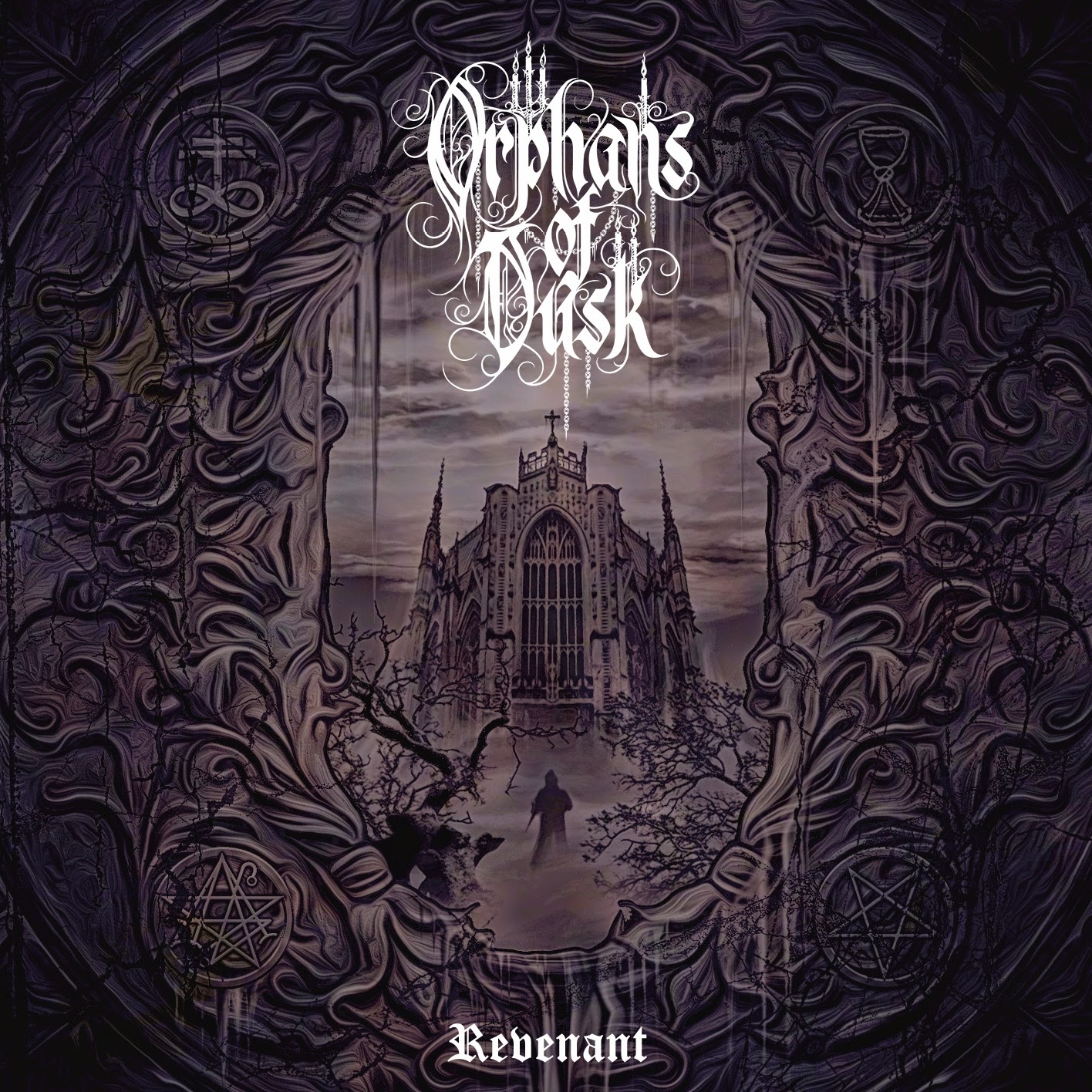 1. August Price
2. Starless
3. Nibelheim
4. Beneath the Cover of Night

If you mesh up the dreary sounds and atmosphere of Shape of Despair and align it with a Type O Negative-esque influence you will get this band, Orphans of Dusk. The band hails from New Zealand and Australia.  Some influences include of the two I mentioned earlier as well as bands like Swallow the Sun, Wood of Ypres, Paradise Lost.  If you're a fan of either of these bands chances are you will give Orphans of Dusk a chance.  I'm not saying this band is a "insert band name" clone but incorporates many elements of its influences.  They too throw in a few ingredients to the twist the ties in their sound.

You could say the band describes their band as gothic influenced death doom if you didn't get that from the influences.  They aim to please the listener with its mournful sound and they do just that.  The vox varies from deathy grunts as well as clean vocal singing.  The clean vox doesn't get too annoying and plays an intricate part in the bands sound.  The musicianship is not what you think,  Yes their are plenty of sorrowful melodies but they do tend to change the musical patterns as they try not to be too predictable.  They somehow pull it off nicely and in a content order to keep one interested.  The atmosphere that this band creates is of high importance to the sound established.  They include beautiful synths, church organs, and more and use it to their advantage at a balanced rate. There are plenty of memorable moments here.  You might even taken back in time to the Type-O days.

Orphans of Dusk have managed to pull it off.  They went for a sound that was sort of laying itself to death but they rehashed to their own advantage and with success. One will find playing this EP over and over to encompass its true dark and beauty form.  Definitely crave more and looking forward to what the band brings forth next. Revenant is scheduled for a May 4th release. Check it out.

Email ThisBlogThis!Share to TwitterShare to FacebookShare to Pinterest
Labels: Orphans of Dusk