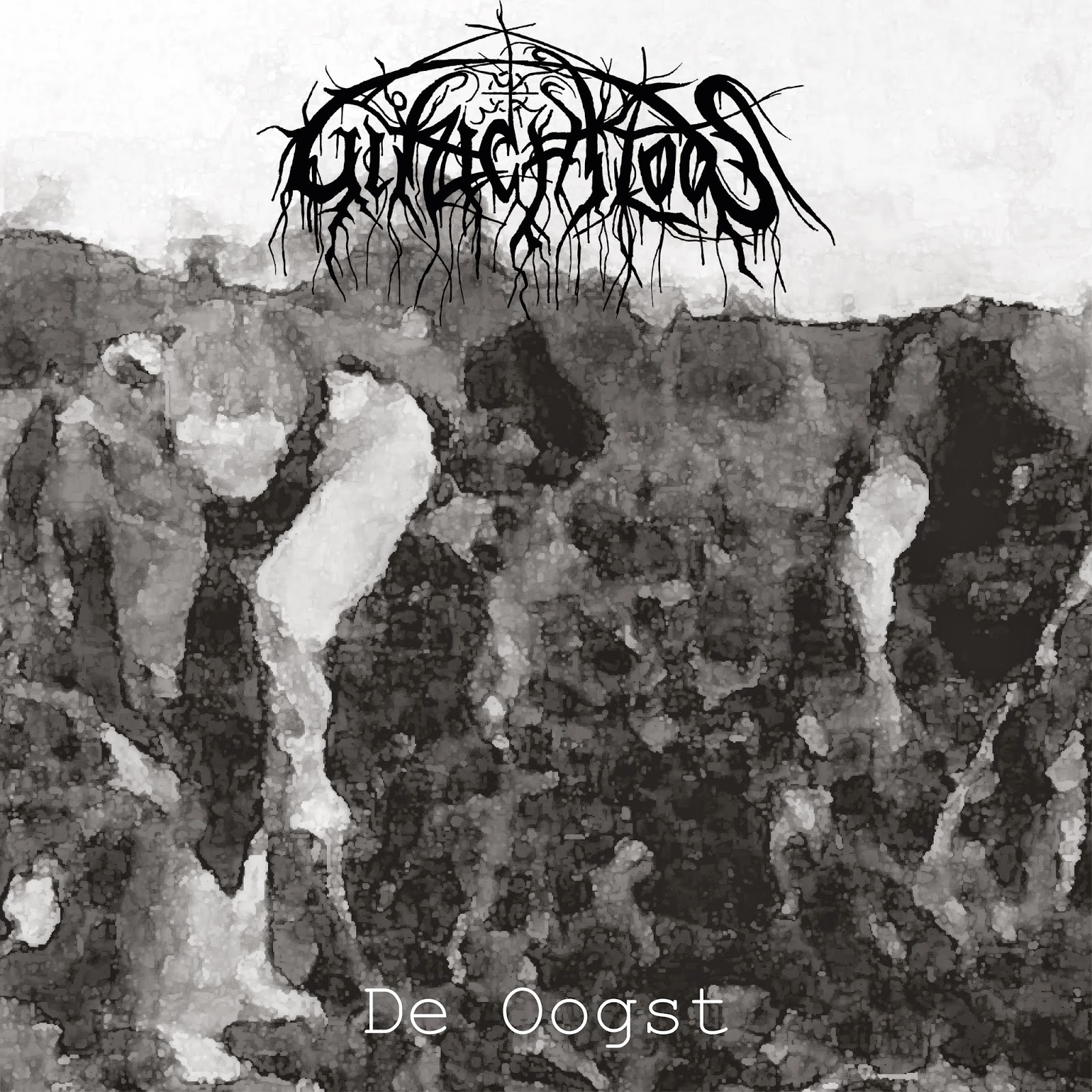 First of all, I'm not sure if it's just me or bands from The Netherlands seem to be distant these days. I don't hear too much metal being put out except with the top known mainstream symphonic bands. I would like to hear more underground music from the Dutch as they in general create good music as a whole, well from my listening.  Uitzichtloos which means "viewless" is one band that I have come across and glad to know they were from The Netherlands.  Not a lot of depressive black metal can be heard from this country so it was interesting to hear what kind of melancholia the band could produce.  De Oogst was released early 2015 but the band also have an EP and full length which I am curious to hear as well.

At first listen one will notice the rawness of the music.  Don't be alarmed as I think it is a great production sound for what the band is trying to bring out. There's something about rawness and depressive black metal that go hand in hand perfectly especially with this band.  Beautiful and cold yet mournful guitar strums flow throughout the music in an everlasting lullaby of yearning pleasure.  The vox, a favorite, not too harsh and not to soft, just perfect with the nice blend of melancholia.  Mid tempo music, blast beats, black metal in its fast and fury lust for hate all around prove the band can create the most destructive music in various tempo changes.  Credo is nice and melancholic.  Wraak unleashes its hard frenzy fury across the barrens at an up most speed.  Wrock is a sort of a combination of the two with beautiful melodies, calm, bleak, and destructive.  A perfect ending for The Oogst.

Although short De Oogst proves these Dutch men can pull their musicanship together and create some pretty wicked atmospheric yet depressive tunes to bring out the hopelessness in one's soul. Free download of De Oogst is available on the bandcamp page.  Go check these guys out now.

Email ThisBlogThis!Share to TwitterShare to FacebookShare to Pinterest
Labels: Uitzichtloos