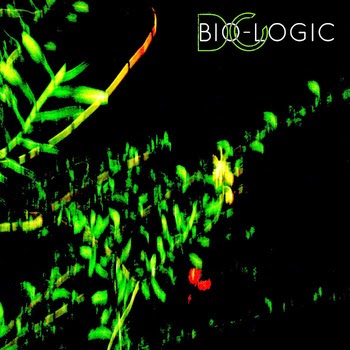 1. The Only Moment We Were Us

Dark Cathedral has come a long way since my last review of Abandoned in 2012.  Since then Kevin Rivera has put out an abundance of albums, however, those albums being more experimental/noise albums more than black metal.  In fact there is no more black metal within this new direction.  Since then I have listened to Dark Cathedral on and off as a new album comes out but really not being my tastes for some reason.  It is until now within the album Bio-Logic that I feel a connection with the band again.  I'm not sure what it is about this album but I feel strongly connected to it even with all its craziness it unfolds.

Dark Cathedral brings us five wondrous tracks of dreamy yet experimental, noise, and glitchy tunes to feed the brain and they do just that.  From soft and stargazing noises to glitchy noise, The sounds that Kevin Rivera produces are those noises to trigger the brain from the center and out in an omni-directional frequency wave.  From the ever peaceful sounds of Dualidad to the trigger quenching Jamn and more, It's a roller coaster ride to and fro.  One will not expect what to expect next when it comes to the music.  Kevin show cases his pulsating magic with lots of neat noises and effects to lure the mind into confusions and sometimes ecstasy.  It's as random as can be.  Post rock elements with a touch of experimental noises is what we get from within the mind of Dark Cathedral. Sometimes awing and beautiful and sometimes glitching and random but that is what makes this album good in my opinion.  Favorite tracks include Dualidad, Jamn, and Quantum Space. Every track is surely special in its own way.

While this album is not for everyone, it is a good one in my opinion.  It surely reaquainted me back into Dark Cathedral for some reason.  This album, however, should appeal more to those of the ambient, noise, experimental genre or curious listeners.  In finale, I am kind of curious on what comes next for Kevin on his journey of noise and ambiance.  By the way, all albums are available for download free of charge on the bandcamp page.  Want to confuse the brain with beautiful noise and randomness? Go ahead and listen to Bio-Logic and the others.