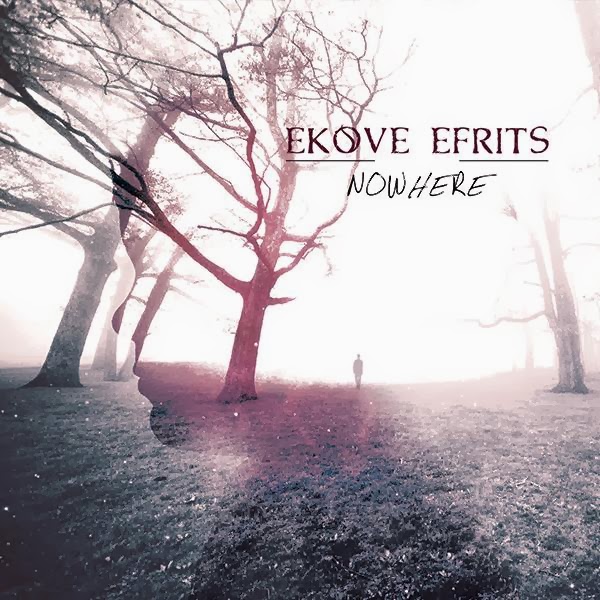 1. Intro
2. Public Theatre
3. Parallel Presence
4. Blessed by Nature
5. One Truth, One Confession
6. Infinitesimal
7. Metamorphosis
8. Sword and Wound
9. At the Gates of Oblivion
10. Belong to Nowhere


---A Somberness of Musical Genius---

Nowhere is the 4th full length album of the Iranian one man atmospheric band Ekove Efritz, a project of solo musician Saman N.  While I am not conversant with any of his works, I am quickly getting acquainted with his grand talent of musical creations.  I now stand curious as I am reluctant into diverging my ears into his earlier works with the his music after listening to this cinematic piece of artful music.  Ekove Efritz is sure to gain more fans with this release if the band hasn't before.

Saman brings to the listener 10 tracks of somber, beautiful, yet experimental tracks of dark and atmospheric music. His writings are sure to entrance your soul in some kind of sensation.  Whether you are accustomed to the more somber, angelic moments or if you prefer the more harsh side of music, it will stick to you.  The blend of both somber and harsh parts are nice mix of blood and water. It has got something for everyone into this atmospheric music.  Added bonuses include ethereal female vocals of Megan Tassaker of Lycanthia of whom I adore as well.  Pure angelic bliss! Listen to At the Gates of Oblivion and you will know what I am talking about.  Purely radiant in an angelic fashion! Also included are the experimental trip hop elements ala Ulver as well as other haunting atmospheric sounds.  At times even the clean vox brings reminiscence of Ulver as well.  The guitars are surely not lacking in melody either when present.  They do play there role in a distorted fashion but I believe the clean guitar strums are more superior on this album.  Hard to believe at times this was all created by the imagination of one mind.

In conclusion a stellar album created by the dark and twisted mind is what we have here.  The music is pretty much flawless in my opinion and I am sure it will be to others as well.  Listen with an open mind and fully gasp this beauty of an album.  It has its mesmerizing moments, its bleak moments, as well as its harsh moments, sometimes more bleak than harsh and but that is something someone can get atoned to while listening.  All in all, great album.  There are no other words to say but to definitely check out this band and album.  Ekove Efritz is sure to make some new fans with the release of Nowhere.  It was a great listen.