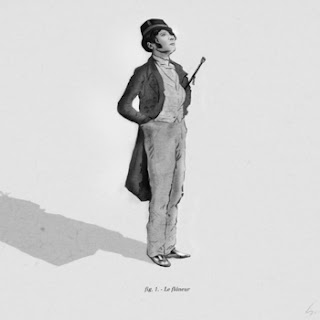 fig. 1. - Le flâneur is the debut demo from Romanian's experimental band Flânerie. Included in the line up is Cityscape Drawn in Black Ink mastermind L who just creates good bizarre and experimental music as it comes.  Flânerie's music can be described as an aberrant synthesis of indie music, punk rock, and black metal infused in an experimental manner.

fig. 1. - Le flâneur is sure an upstart for the band with its rather unique sound.  This demo has its heavy and angelic moments as well. Overall, the musicianship is pretty killer but one could use some more room for improvement.   There are, however, a nice abundance of killer and melodic riffs throughout the tracks.  Along with the melodic frenzy one can also expect some beautiful and dreamy keyboard melodies, flute sounds, and some other nice surprises throughout the demo.The rough vox integrates well with the music and variates from punk-like screams, to core-ish grunts, and even some blackened vox.  Each of the four tracks have their own distinct sound with their beautiful and awe-ing tones. I really can't pick a favorite of the bunch.  Most tracks have a mid paced tempo but some do take a turn with some tempo changes.  One observation that I was not really to fond of was the use of a drum machine. The drum tracks can get a bit stagnant at times but I am not taking away from the peculiar sound the are trying to produce. I do believe they have a drummer now but not when this demo was recorded.

Even in its early stages and rough mix, it seems that Flânerie are sure to make a name for themselves in the future with their experimented sound.  How would I describe the sound of Flânerie as a whole?  I don't know if I can.  Take a listen and find out! It's available for stream and free download at the Flânerie bandcamp page. Expect a lot of experimentation and listen to this with an open mind. Note: It might take a couple of listens to fully grasp its magic. Also this is probably not for everyone's taste. It just depends what you like.

Email ThisBlogThis!Share to TwitterShare to FacebookShare to Pinterest
Labels: Flânerie