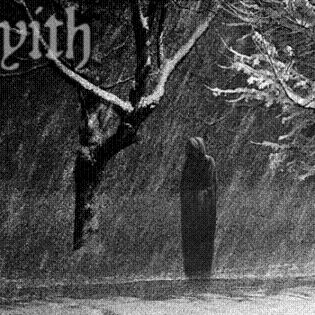 Hailing from the United States, this one man black/doom act was formed in 2010.  Since then Yith has released two demos which are easily titled, Demo and Demo II.  The latest demo was released on January of 2012.  Now before I listened to Demo II, I went ahead and listened to the first Demo. The first demo is available for free download on the facebook page by the way.  The first demo was a hellish super beast and it certainly got my attention and thus it was time to move on to the more somber Demo II.

Unlike the first demo, Demo II brings forth a more blackish/doom sound in my opinion.  From the powerful fade in of Ghosts of Poenari Castle, one will probably assume that this demo will kick major ass.  All around we are endured with above average melodic guitars, black metal blast beats, bass, yes bass! as well as nice tempo changes into the doom genre. We are also endured with the two short, beautiful and surreal interludes of Frozen Soul I & II. Haunt of the Ice Wraith is another track not to be reckoned with.  There is some nice drumming going on as well as cold melodic guitars taking their toll. The tempo does change into a more doom sound at mid point but that's not to stop it from continuing its cold bleak journey into the abyss. And finally, we have what is probably my favorite track on the demo. It definitely outshines with a more doomy approach hence the name The Cold Grave.  Yith lures us with a doomy funeral sound and also brings us what one in the genre likes to hear, mournful and funeralistic riffs.  With this kind of concept, there is hardly a dull moment on the track. As a matter of fact, the whole demo rewards us with nice melodics both varying in high speeds as well as slower speeds.  The Coldest Grave is definitely the perfect closure to this demo.

So in the end, Yith brings forth another cold, dark, demo filled with black metal chaos and inspiring doom like guitars and tempos.  I really do hope Yith releases a full length of sort some time soon.  Fans of the black/doom genre, take note, there might be a new act crawling their way from under the grave and into a world filled with inspiring hope for the future. May I remind you that the first demo is available for free download on the facebook page.  As for Demo II, you can download a digital version of the demo on the Yith bandcamp.  Blissful Darkest Listening!